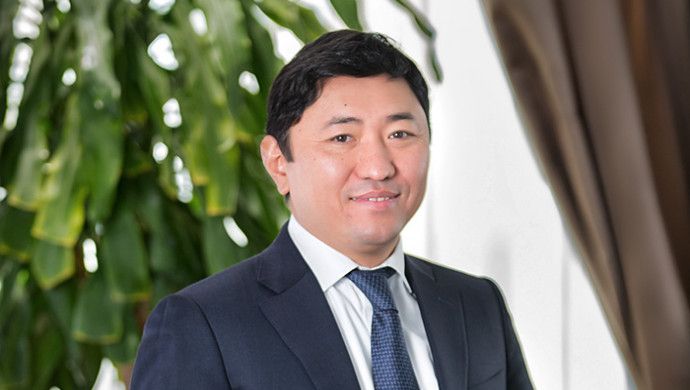 General Director of the association "KAZENERGY"

We have recently celebrated the 120th anniversary of the first oil production in Kazakhstan, it means that significant progress has been made, but there is such an observation that the speed of technological progress increases every year. If we take, for example, 100 years ago, when the epoch of origin of the first automobiles, automation began, and comparing the speed of technological progress at that time with the current one, we see that it is a huge difference. From the historical point of view, 100 years is a small period of time, but if we talk about the progress of technology, then the path is colossal. Over the past 100 years, people have gone from the first mechanisms to, for example, space exploration, and all these were historical events.

It is clear that the power industry is also subject to technological development. If they say that the XX century is the century of struggle for barrel, then the XXI century is the century of struggle for kilowatts. Everything also relies on energy, and the question is always the same: where to get energy from? As a classic variant, oil and gas play a significant role. There are several issues to consider, not only in terms of the Atlas of new professions, but in general. One of the main postulates is the finitude, the exhaustibility of fossil reserves. What does mankind want? It wants to get more energy, because the population of the Earth is growing as fast as the speed of technology development. If we talk about the oil and gas sector, there are also many indicators that are used in the industry, and one of them is the ratio of developed reserves to explored reserves, which should stick to a certain level. To give an example, since the first oil production, shallow reserves have been developed, there were even areas in Karashungul, where oil production in Kazakhstan began, and the oil itself came to the surface. But since it became the raw material of industrialization, more and more oil was needed. If then it was enough to dig wells 20-50 meters deep to extract oil, today we are developing methods to extract oil reserves located at a depth of 6000 meters, it is a fairly complex geological process. When extracting oil from such a depth, not all processes can be controlled by man, each field requires an individual approach. Let's get back to the technologies - their new development is, of course, very important. It concerns not only implementation of such processes as deep wells drilling and oil production from such depths, but also one of the main issues is rational use of subsurface resources. One can simply take the volumes of oil, gas and coal to burn, but I would like the technologies to ensure more efficient use of raw materials for maximum efficiency. This task is facing the whole world today.

Mankind is also increasingly using so-called renewable energy sources. However, there is a nuance that today's renewable energy technologies are expensive. It means that in conditions of such countries as Kazakhstan or Russia, which have large hydrocarbon reserves, these technologies are not yet competitive. But the International Agency for RES predicts that by 2025 the RES technologies will begin to approach the basic sources in terms of cost and prime cost, that is, there will be progress. When this issue is resolved and RES become competitive, then a couple more issues will be on the agenda. The first is sustainable systems, because RES depend on natural conditions. For example, if the entire city is powered by wind power plants and solar panels, then imagine a situation where there is no wind and no sun, then there will be some kind of problems. For example, an electric car - there is no sun, its battery has not been recharged, and it will not go further, then it needs an engine that can burn fuel and start the engine. This is due to the sustainability of energy.

Another question is energy saving. How does energy conservation work today? Each station has fuel reserves, whether it is coal or gas. However, today there are no large capacity batteries at the stations, which can save energy for a long time to produce it when it is needed, in particular at solar and wind power stations. Such stations, when there is sun and wind, may produce excess energy, but they cannot store and store it to produce the necessary amount of energy when it is needed (during peak hours). Thus, it is necessary to develop technologies to solve this problem.