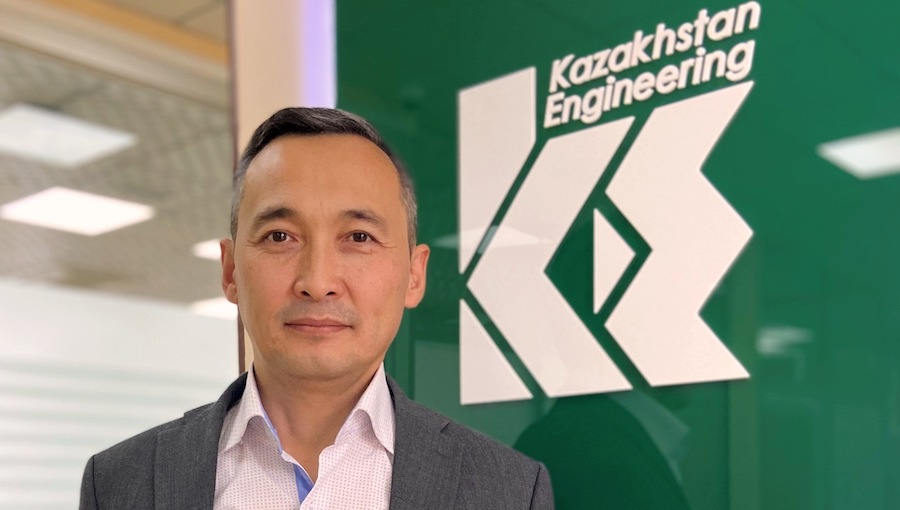 Damir Gizatullaevich, how do you assess the current development of mechanical engineering in Kazakhstan? What three key events over the past five years, in your opinion, have had the most significant impact on the domestic engineering industry?

In 2020, the pandemic has made certain adjustments. The demand for medical technology, equipment and products has grown. At the subsidiary of our company, work has begun on the development of medical equipment and products, in particular, artificial lung ventilation devices, including modern stationary ones, which in the recent past were not in demand. For five years, Kazakhstan has been implementing the Preferential Car Loan Program, which has allowed domestic machine-building enterprises to increase the sale of vehicles. The dependence of Kazakhstan's economy on world oil prices reduces the budgets of oil operators, which in turn reduces the need for engineering products for the oil and gas industry. At the same time, the systematic development of the energy sector is observed in Kazakhstan. In particular, work is underway to convert a number of CHPPs to gas, which makes it possible for machine-building enterprises to master various equipment, including non-standard equipment. There is also an increase in the development of agricultural engineering due to the implementation of the state program for subsidizing interest rates on loans and leasing, as well as investment subsidies, which provides for reimbursement of 25% of the cost of purchased equipment. It was thanks to investment subsidies that the most problematic issue of the lack of an initial payment for equipment was solved by farmers.

In your opinion, under the influence of what trends is the development of mechanical engineering currently taking place in the world? What are the main trends that will have the greatest impact on the domestic engineering industry in the next 10-15 years? What changes will occur in the future in the industry influenced by these trends?

The EU countries, as well as some successfully developing countries, usually specialize in the production of certain types of engineering products. Specialization involves the production of goods and the provision of services in amounts that significantly exceed the own needs of the producing country. So, the EU countries specialize in the production of machine tool products and equipment for light industry; USA, Japan and Germany are focused on the production of power and chemical equipment; large machine tool building is developed in Germany, Japan and China; nuclear and metallurgical equipment is produced in the USA, Japan, Germany, France and Russia. The country's powerful industry is innovative production, primarily in the engineering industries, with a high share of value added in the output to meet the needs of both the domestic and foreign markets. leadership in the world market of mechanical engineering products is ensured by specialization, centralization and cooperation of production, innovative product and price policy, government support in conquering new markets when selling products of domestic producers. The growing needs of citizens of the state can be satisfied only on condition of highly productive and meaningful work in all spheres of life, including mechanical engineering. At the same time, it is important to study, generalize, introduce and improve the advanced foreign and domestic experience in the functioning of traditional branches of mechanical engineering, as well as the advanced development of science-intensive, innovative technological processes for the production of products with a high share of added value. An example is the state policy of industrial development in China, USA, Germany, France, Japan, Russia, Brazil, India, Singapore and a number of other countries.

What technologies, in your opinion, will have a greater impact on the development of domestic mechanical engineering in the near future? How will the industry change with the introduction of these technologies?

In my opinion, in the near future the following technologies will influence the development of domestic mechanical engineering: robotics; Information Technology; electronic industry. However, given the presence of a small market, due to the small number of the population of the Republic of Kazakhstan, high competition, the engineering industry will not change much.

Damir Gizatullaevich, how do you see Kazakhstan's mechanical engineering in 10-15 years? In what direction will it change?

The biggest constraint on the development of the company and the industry as a whole is the lack of top managers who are able to bring the machine-building industry to a new technological level.

In your opinion, what new professions can appear in the mechanical engineering industry in the next 10-15 years, and which ones will lose their relevance or transform in the future? What competencies of employees will be most in demand.

The following professions will lose their relevance in connection with the introduction of automation or are transformed, for example, a gas welder, a gas cutter, a mechanic of mechanical assembly works. Since 2010, the development of the sixth technological order began in the world, according to which there is a need for the emergence of new professions. For example, a designer of future technologies, a developer of IT interfaces in mechanical engineering, an interface designer in robotics, a designer of nanotechnological materials. High-tech equipment at machine-building plants will become more and more modular and distributed, thereby ensuring a quick transition to the development of a new product line. Workers in such factories will quickly form highly effective teams that include people with the necessary knowledge and skills and are able to quickly solve specific production problems. The most demanded competence will be the ability to implement the convergence of nano-, bio-, info and cognitive technologies.