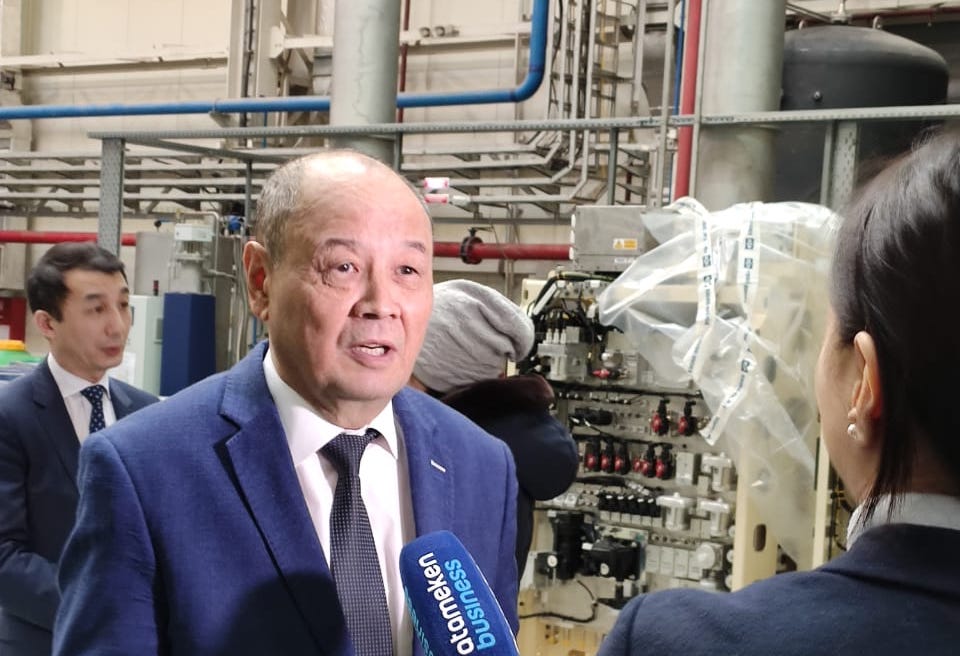 Executive Director of the Association of the Union of Mechanical Engineers.

The crisis of 2008-2009 turned out to be favorable for the industry - devaluation and customs problems made it possible to focus attention on the domestic market.

Today the situation is similar. Large companies such as KazMunayGaz, Kazatomprom, "Kazakhstan Temir Zholy", as well as the quasi-public sector, agriculture will try to focus on the products of the domestic market.

As a result of the adoption of the State Program for the Industrial and Innovative Development of Mechanical Engineering of the Republic of Kazakhstan, six branches of mechanical engineering were declared priority. It was decided to provide these industries with benefits on a priority basis and create conditions for their development.

This contributed to the fact that, for example, the railway sector was successfully launched. The production of end products - locomotives, passenger cars, freight cars - began in Nur-Sultan, Ekibastuz and Petropavlovsk. Covering the needs of the domestic market, the products were also successfully exported to foreign markets. Now almost the entire mobile fleet of old locomotives on the railway has been replaced. New enterprises are opening in railway engineering, which contribute to the development of the industry. For example, the Prommashkomplekt plant in Ekibastuz has mastered the production of wagon wheels.

If we consider electrical engineering, then Kazakhstani enterprises produce transformers, capacitors, batteries, cables and wires, etc. The industry has begun to develop in a more technological direction, in the future we will be able to produce final products from our ore.

A striking example is batteries. If in the 90s there was a dream to produce about 200 thousand batteries, in the early 2000s there was a million batteries, then today the production reaches already three million. At the same time, the main raw material for production is Kazakh lead. Batteries are used not only domestically, but are also successfully exported to China, Europe, Russia, Belarus and other countries.

Small and high power transformers are produced at factories located in the cities of Kentau, Shymkent and Uralsk. These enterprises manufacture products using modern technology and corresponding to the standards of European countries.

In Kazakhstan there is a unique and unparalleled production of capacitors in the city of Ust-Kamenogorsk. Capacitors are reactive power compensators, that energy-saving equipment that is in demand among energy-saving organizations. More than 70% of products are exported.

I have worked at the factory for many years. I constantly noticed that university and college graduates have to retrain directly on the job. For this, mentors are involved who help young people to take their first steps. In those enterprises where the work of mentoring is well organized, there are no problems with young personnel.

But the professionalism of young specialists in the first place still depends on them. Whether he wants to work and master a new profession or not. And necessarily young personnel, and not only young ones, all must constantly improve their level of professional qualifications and master the skills of working on new equipment.

And enterprises themselves should send their employees to training, so that they have an incentive to stay at the plant. I believe that in enterprises with a high level of employee turnover, the management does not care enough about their employees, and as a result, industrial equipment is idle and not used at full capacity.

It is necessary for employees to feel cared for in relation to themselves, so that they have the mood to go to work with desire. I would like the specialist to come to the plant, change into clean overalls, have lunch on time, and wash after the shift.

Those enterprises that improve their technologies, care about the cleanliness and comfort of workplaces, today work more efficiently - without stopping production and staff turnover. People who work in such conditions have the opportunity to develop, and therefore the return on them is much higher. Under such conditions, I think it will be possible to solve the problem of personnel shortage in mechanical engineering.